One of the joys of travelling is to experience different cultures in the world – the language, the food, the customs….but as technology makes the world smaller, is some of that wonderful diversity being lost?

Last year we visited Japan (see related article Japan) It was my first visit, but Peter had visited many times on business trips years before. He remarked how much easier it was to get around Japan now than it was twenty years ago. Sign posts in the major cities are in English as well Kanji; English can be selected as the language of choice on ticket machines in subways and railway stations; and of course, there is always Google translate (point the camera on your smart phone at some Kanji text and it will translate it for you!).

We used to buy a phrase book, learn a few words, point, mime, speak louder….Now we just look at our phones!

All this makes travelling and negotiating your way around foreign countries so much easier, but have we lost something? Is easier better? 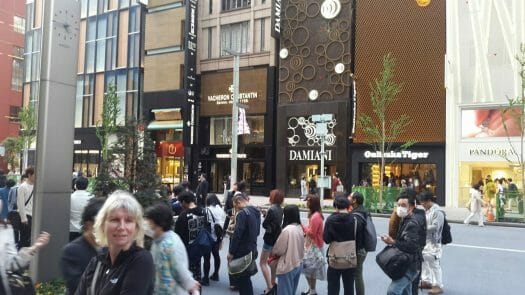 What about food? I love experiencing the cuisine of different countries and Japanese food is one of my favourites. Now, however, the big brands are in all the cities. Fancy a latte with caramel gunk? No problem. Starbucks is ready to serve! What about a burger with bacon, cheese and fries? You got it! McDonalds is now well entrenched in Japan. Have a yearning for pizza but you happen to be in Peru? Again, plenty of pizza to be found in cities such as Cusco. Ice cream? Okay – I must confess, when we were in China, we did have a Haagen Dazs – but only because our Chinese hosts wanted one!

I am not such a purist that I really begrudge countries access to international cuisine; after all, who does not like to go for an Indian meal in Glasgow, a pizza in Edinburgh or a indulge in a Mexican buffet in Manchester? However, I do think it is important when travelling to experience the local food and discover the new combinations and flavours.

I had had sushi and sashimi before visiting Japan, but wow! When we went to a fish restaurant in Yokohama with friends, I can honestly say it was one of the best meals I have ever had (even though our host tried challenge me with various snail-like dishes; little did he know that I had often had a bag of winkles as a child at the seaside!). 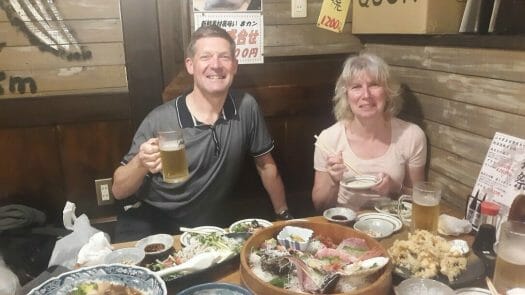 And yes, we were sitting on the floor! One of the finest meals ever.

I had never had okonomiyaki until I went to Japan, but I am so glad that I discovered it and did not opt for a Big Mac. 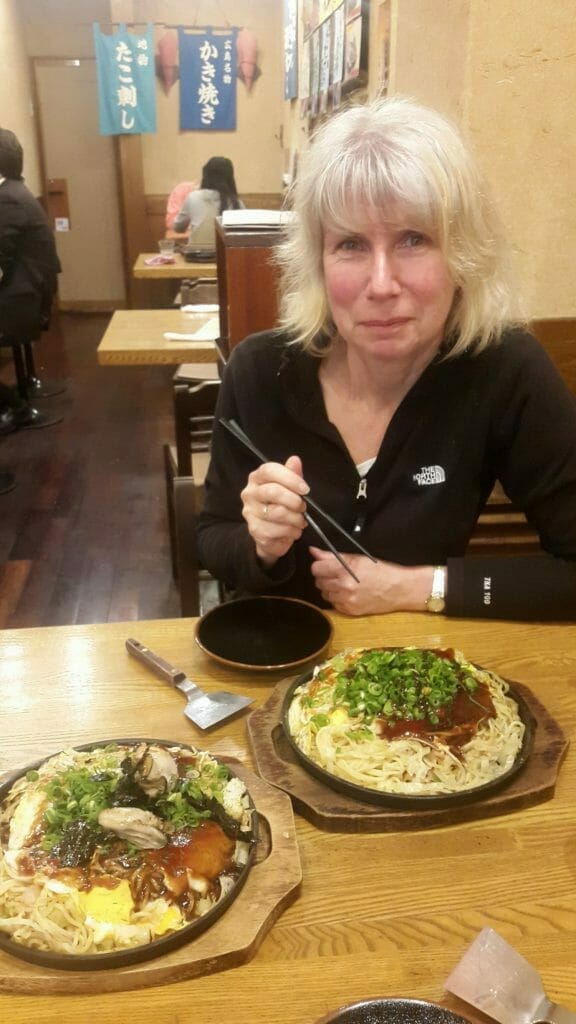 The street food in Osaka was absolutely delicious and there was so much variety. 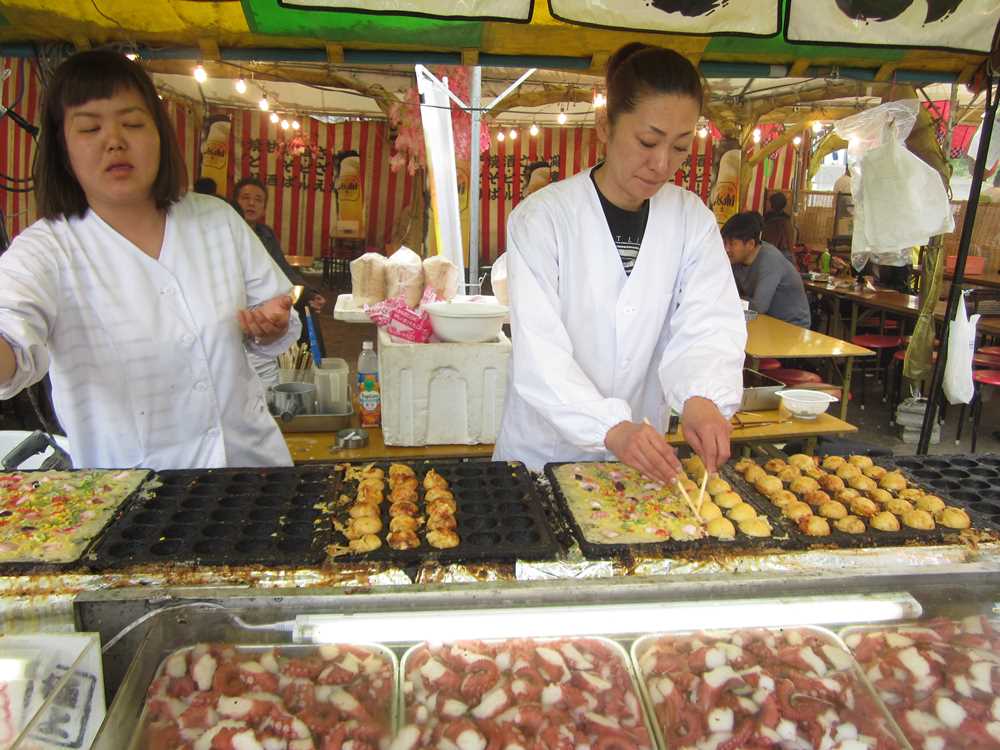 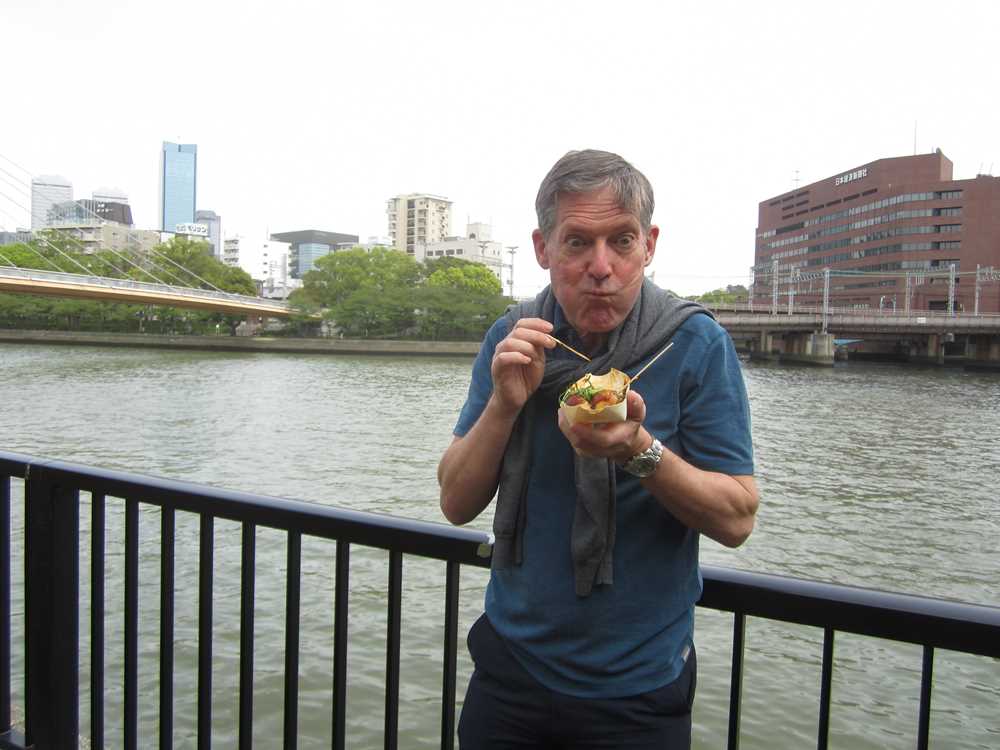 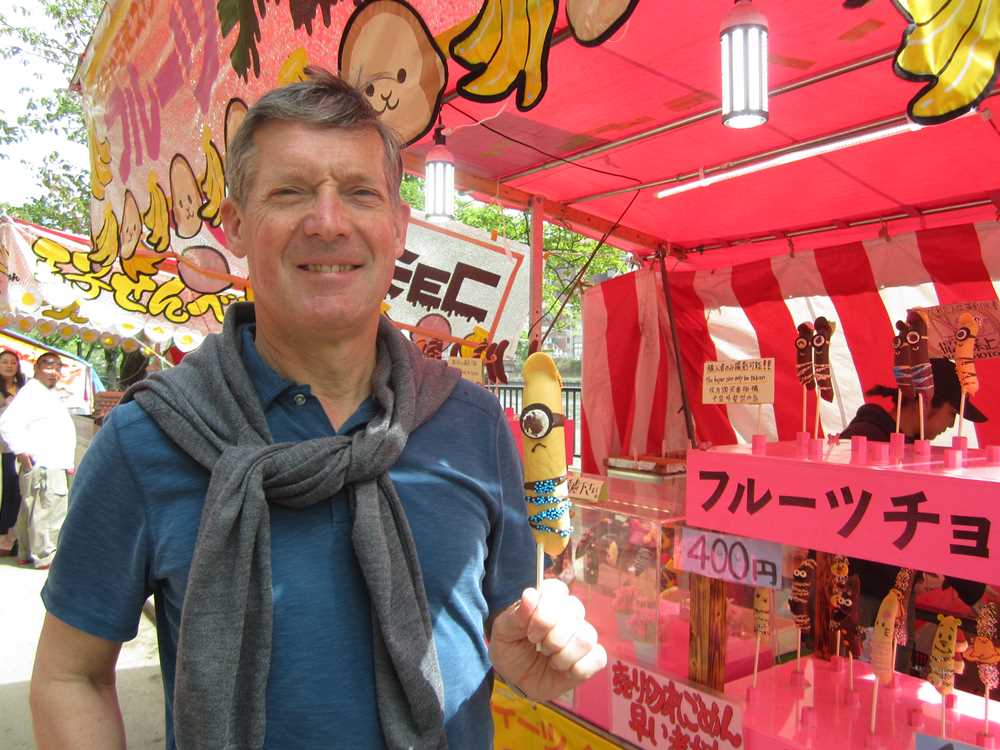 The Chinese food we had in China bore very little resemblance to the Chinese carry-outs we sometimes ordered in Edinburgh! In Canada we discovered poutine (chips, gravy and cheese curds – don’t mock it till you try it) and in Cambodia, we had some wonderful local dishes right out in the sticks.  And please, if you go to Scotland, try haggis and neeps, preferably with a dram of whisky! However, I’ll forgive you for not trying the deep-fried Mars Bar….

What about chop sticks? It might be tempting when travelling in Asian countries to ask for a fork and nowadays it is likely one will be provided, even offered. But again, if you opt for this, are you not missing out on an essential part of the experience? Using chopsticks comes easy with practice. 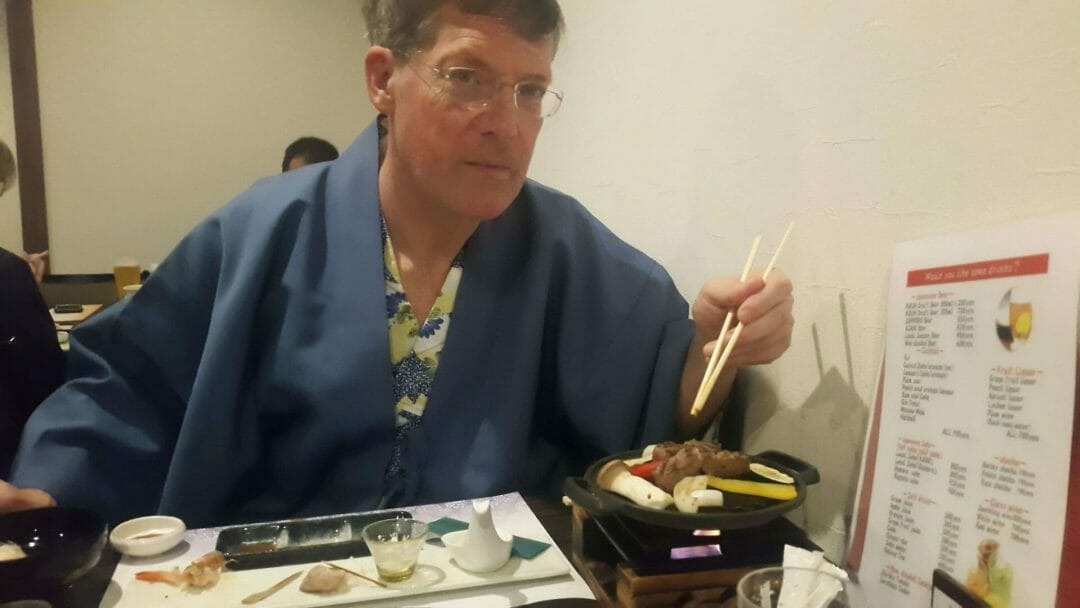 Traditional dining in the onsen hotel

In Hakone in Japan we stayed in an onsen (hot springs) hotel for a couple of nights. We knew the food would be traditional but what we had not realised was that we were expected to also wear the traditional dress in the hotel. Yukata  were provided. It was an expectation rather than a compulsion, but why miss out? 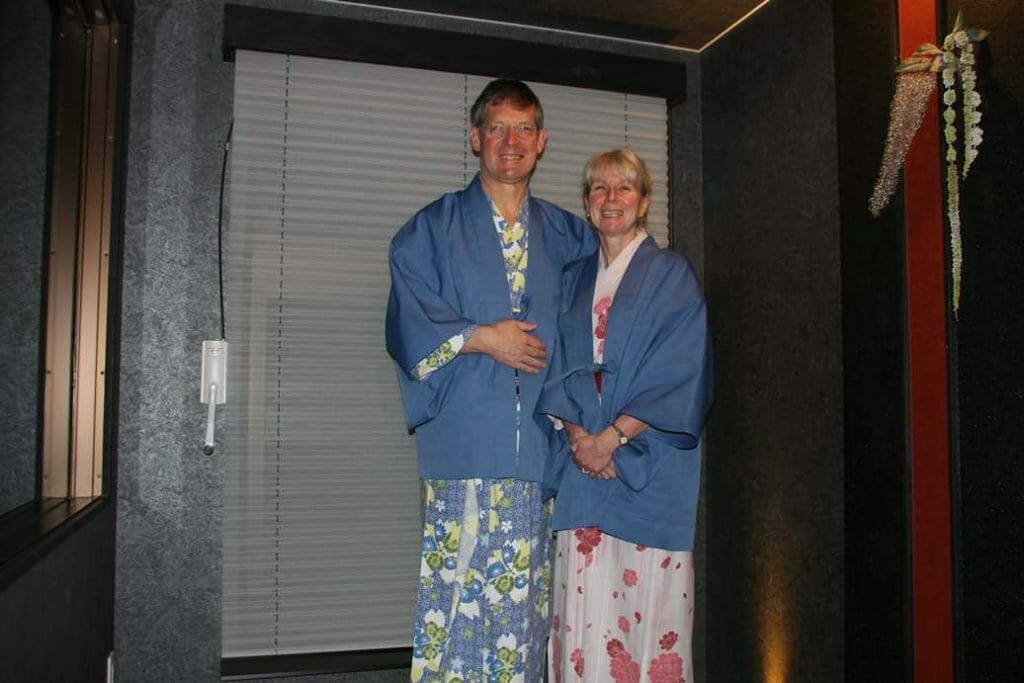 These beautiful Yukata were provided for guests

So what do you think? As more people fly around the world and visit far flung places and technology makes travel so much easier, are we losing some of the delights of travelling? Or are accessibility and familiarity to be celebrated and encouraged? 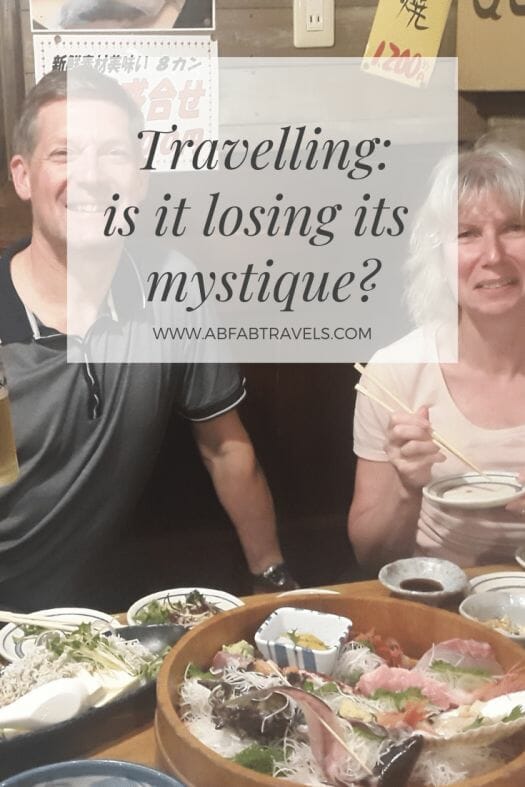