Pet Hates From My Travels

I’m feeling grumpy today so thought I would have a rant and share some of my pet hates when travelling. Actually, these are pet hates when not travelling too, so really this post is just about pet hates – or what my American friends call “pet peeves”.

People who do not clear up after their dogs

Is there anything worse than seeing big turds on a path where people walk and children play? It is disgusting, not to mention unhealthy. We’ve all stood in it at some point and had to clean our shoes or the wheels on the buggy. Yuk. These people give dog owners a bad name and it is simply not fair on the 99% of dog owners who take responsibility for their pet. By the way, I am a dog owner now so I can say this. 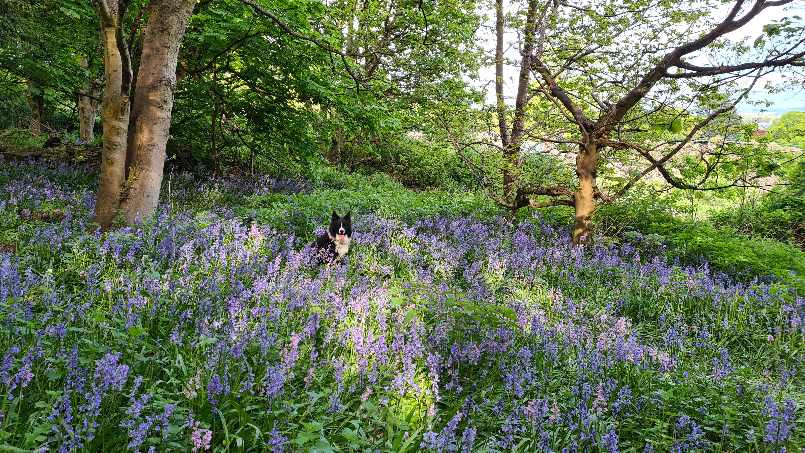 Dog owners who do pick up after their dogs, but then leave those little squidgy bags at the side of the path, or even worse, hanging from a bush or a signpost

Why? What do they think is going to happen? Do they really believe the s**t fairy will come and remove them like the tooth fairy comes and takes away those little tooshie-pegs*? I’ve got news for them: there is no such thing as the s**t fairy. Those little bags stay there until someone (ie another human being) removes it on their behalf. And if you are one of these people, please do not tell me you were going to collect it on the return journey! I do not believe you. It will still be there a week or a month later. Take it with you and dispose of it responsibly. (Incidentally, I have seen this practice in many countries. It is not just restricted to the UK).

Moving on from dogs now, but not entirely unrelated, Pet Peeve #3 is

How many times have we been out hiking to a remote, beautiful place up in the fells or in one of the National Parks and we have come across the detritus of some long-forgotten picnic or a party? People have made the effort to hike to these places and bring their goodies with them, presumably to enjoy these beautiful surroundings, and then they up sticks and just leave all their rubbish behind. Or their tent. Or something else they cannot be bothered to take away. We were out on the motorbike in Death Valley once, miles from anywhere on dirt roads and not a soul around all day. We stopped to admire the beautiful landscape and there, in a pull off, were about two dozen beer bottles, numerous cans and a load of other rubbish. Someone has to clear up after these people and that is just not right.

I think I’ll have another subsection here as well and I can say this because not only am I a dog owner, I am also a campervanner/motorhomer.

Pet Hate #3 subsection 1: campervanners who wild camp and leave their rubbish (or worse)  behind.

Again, most people in the campervan community clear up after themselves if they have been wild camping, but the few who do not give the rest of us a bad name. Take it home! 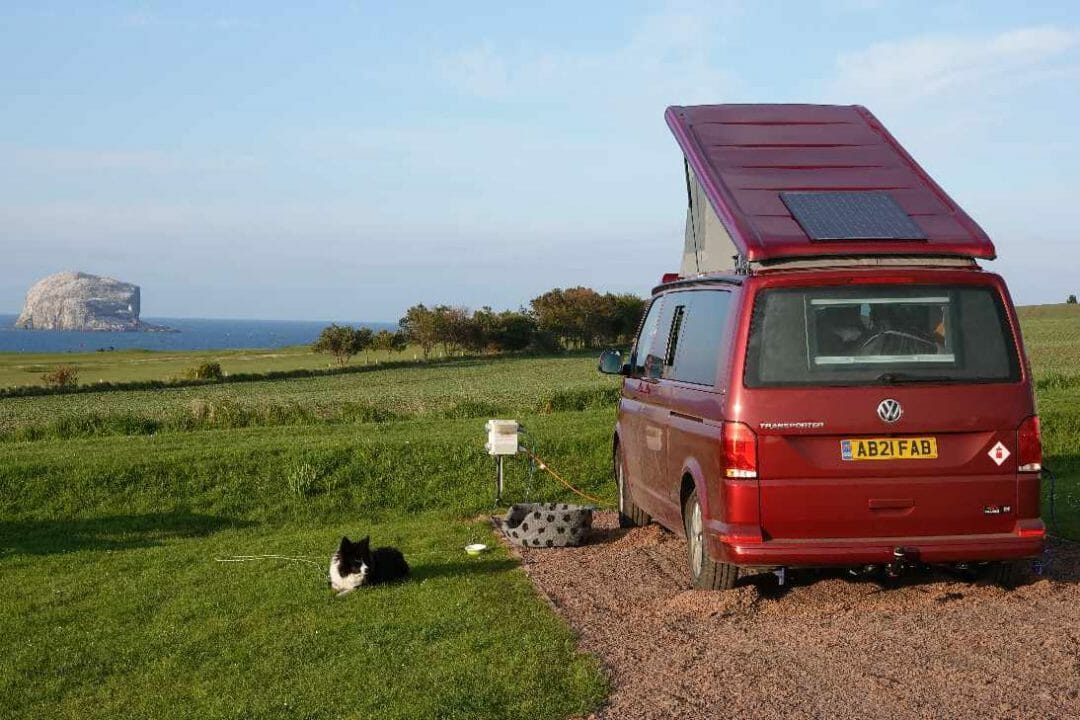 I am reliably informed that these are after-market custom tweaks to make the exhaust produce that loud, throaty roaring sound upon acceleration. Is this really how some people get their kicks? Don’t get me wrong: I like fast cars and motorbikes, but I don’t need a thousand decibels of ear-busting exhaust noise to enjoy it. It is anti-social. It is illegal ( – well, it is in the UK. Not sure about other countries, but the anti-social tag still applies). And yes, I know a thousand decibels is impossible, but you get the point! 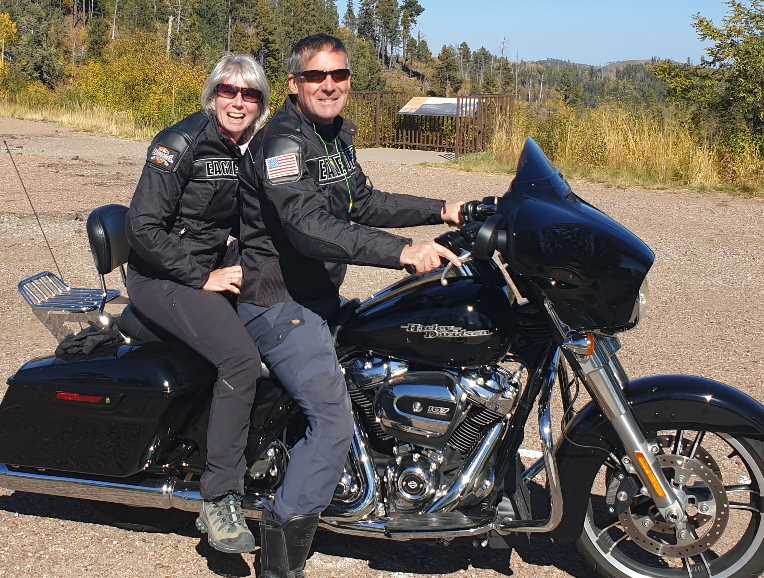 And whilst I am on the subject of noise pollution (yes, another Subsection: low flying military aircraft)….. why is it that the American airforce is allowed to fly fighter jets up and down the Lake District National Park scaring the living daylights out of everyone several times a week? I have spent a great deal of time in the wonderful National Parks in the USA and not once have I had to duck these low-flying aircraft. It is a different story here at home, however. Okay, I hear you: that is a little NIMBY for a travel blog!

Well not toilets per se. I value toilets, especially clean and well-maintained toilets which have those useful commodities such as paper and soap. What really annoys me though is when all the modern gadgets are in place so that one does not have to touch the flush or the tap or the soap dispenser or the drier – but then there is no way out without pulling on a door handle with clean hands. And because this is a super modern and clean facility with electric hand-driers, there are no paper towels to use on the handle. Perhaps in this ultra-modern, hygienic universe, every single person exiting the toilets before me has washed their hands prior to touching this handle. Or perhaps not. I am not a clean freak, by the way, but it bemuses and annoys me.

I know I cannot have the entire plane to myself and that I have to share, but I do think there are a few fundamental rules about being in such close proximity with other people on a long haul flight.

I cannot cope with snoring in any circumstances but if it is a stranger several rows ahead of me it is a bit difficult to poke them in the ribs. I think the flight attendants should do this, but they usually decline.  I once called the night manager in a hotel because the person in the next room was snoring so loudly. I wanted him to wake up the offending snorer, but no: the solution was to give me a different room. I didn’t really think that this was fair in the middle of the night, but was too tired to argue.

And is there anything worse than having to sit next to a stranger on an overnight trans-Atlantic flight to San Franscisco when that person has body odour? I was quite young when this happened to me and I did not have the confidence to request a different seat. Now I would not hesitate.

Those are my pet peeves for now, but I have a feeling that I shall add to this post. Help me out if you wish and share your pet hates when out and about! Rant over – until next time!

Other Travel Tales and Musings you may like to read 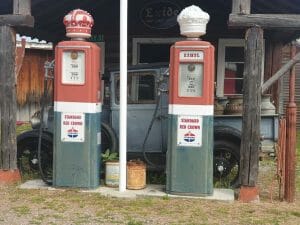 Measure for Measure – or not! When is a pint not a pint? Why are standard units of measurement anything but standard? 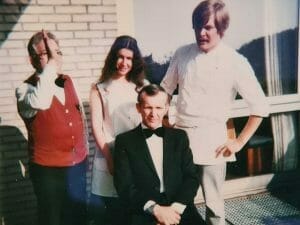 Reflections of a Baby-Boomer Travel Blogger  How has travel changed since my first ever trip on to foreign soil? 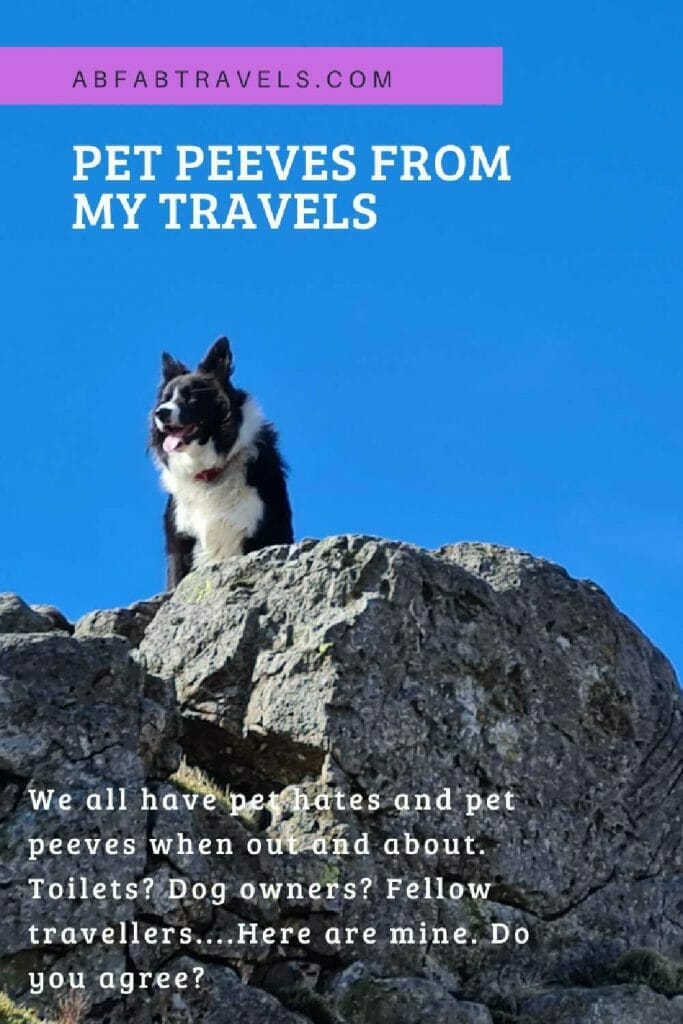