Monticello, Thomas Jefferson’s home in Virginia, is now a World Heritage Site.  Designed by Jefferson himself, it is not only interesting as a building in its own right, but also because of what it reveals about the man himself. And frankly, we were shocked by what we discovered. 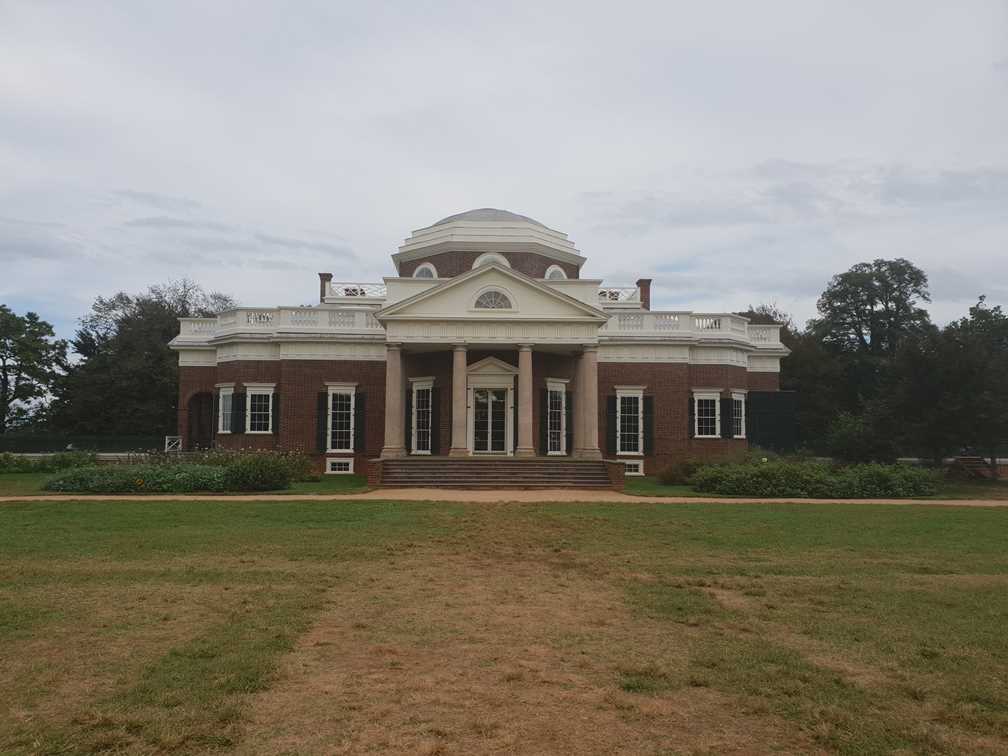 Visiting Monticello is a must, regardless of its history and its connection with Jefferson. There are many interesting design features and artifacts in the house.

Jefferson had spent a couple of years in France in an official role and the French influence inside Monticello is notable, such as the alcove beds he had built.  The building itself is neo-classical in design and it is a beautiful piece of architecture. It is featured on the reverse of the American nickel. 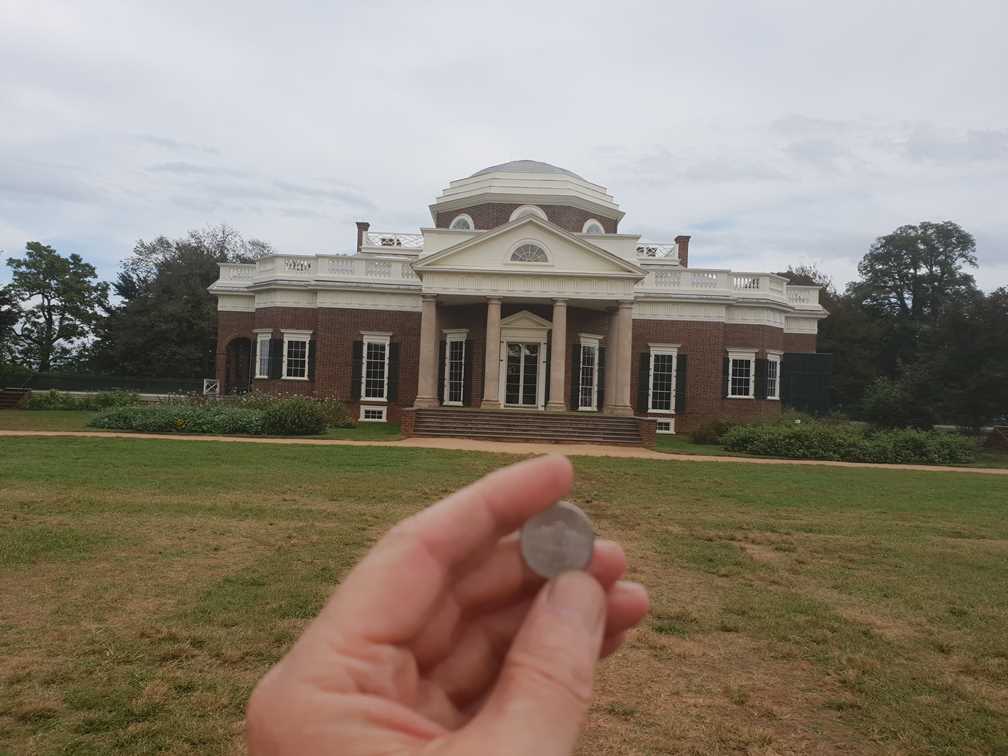 We booked on to the tour of the house. It was well subscribed and we had to wait an hour, but it was very well organised and informative. It lasted about 45 minutes and then guests were free to wander around the grounds and some of the outhouses by themselves.

One of the most interesting and quirky artifacts in Monticello is the cannon ball clock, one of Jefferson’s own designs.  Taking a week to wind down, the suspended cannon balls mark off the days of the week as they slowly descend. As there was insufficient room from ceiling to floor for all seven days, however, Saturday is in the cellar! There is a hole in the floor through which Saturday’s ball has to pass.

Another gadget Jefferson installed was a dumbwaiter for his wine to be served directly from the wine cellar!

Unfortunately no photography is allowed inside the house so I am unable to illustrate these inventions or any of the other design features within the house. Pictures can be found on the official Monticello website.

The views over the landscape (former plantations) to the mountains are fabulous. It is easy to see why Jefferson wanted to build his house there. He is buried in the grounds of Monticello.

Unfortunately, when we visited Monticello, we were too late in the day to take the additional  “Slavery at Monticello Tour”, but we learned quite a lot about Jefferson’s relationship with slavery on this visit nonetheless.

And here’s the thing….how did such a clearly intelligent person manage to reconcile in his own mind his belief that “all men are created equal” with the fact that he personally owned hundreds of human beings? Jefferson is widely credited with being the author of the Declaration of Independence, the person who penned the words:

“We hold these truths to be self-evident, that all men are created equal, that they are endowed by their Creator with certain unalienable Rights, that among these are Life, Liberty and the pursuit of Happiness.”

With these words in mind, how did he square for himself that he fathered at least five children with one of these slaves, Sally Hemings, and that these children, his children, were born into slavery? Sally Hemings was 16 when she became pregnant for the first time; Jefferson was 46.  Hemings was regarded as his “concubine”. Furthermore, it is widely agreed that Hemings was in fact Jefferson’s wife’s half-sister, fathered by her father. It was clearly not uncommon for slave owners to have sexual relations with their slaves.

Jefferson honoured a pledge he made to Hemings that the children would be freed when they reached the age of 21. Was this how he justified it to himself? He never released Hemings herself and she remained his property until the day he died.

I was unaware of this aspect of Jefferson’s story until our visit to Monticello. Indeed, the relationship between Thomas Jefferson and Sally Hemings was disputed by historians until the end of the 20th Century when DNA tests augmented other evidence and it is now widely accepted. In fairness to the Thomas Jefferson Foundation, which manages the estate, they have now acknowledged Sally Hemings and there is an exhibition about her. 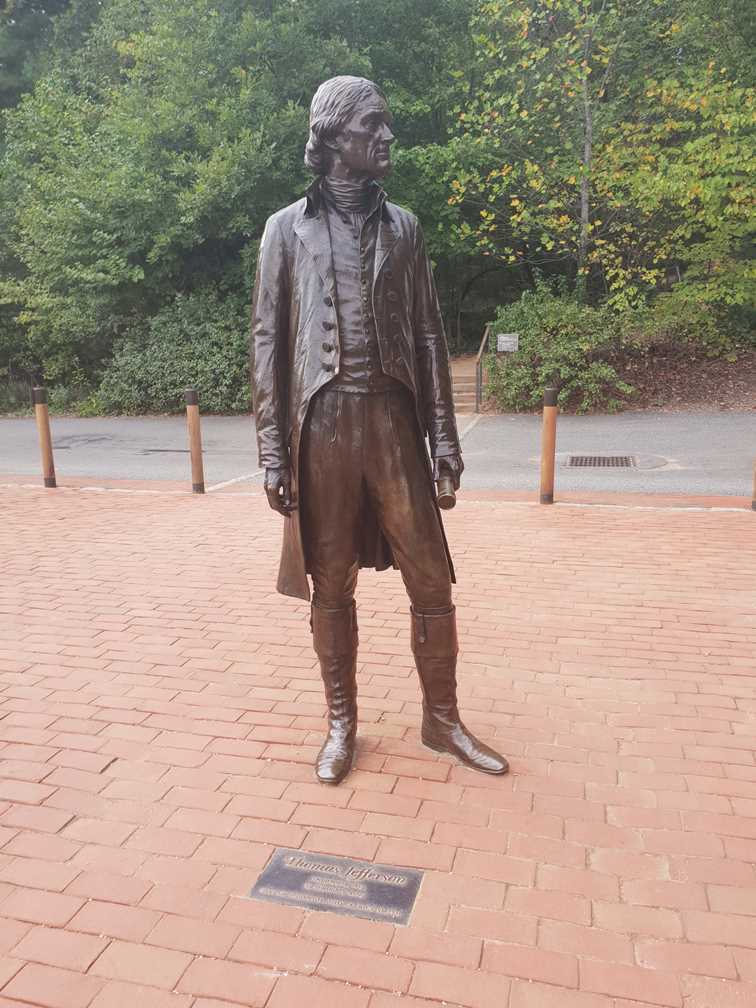 A statue of the man himself at the Jefferson Vineyards

The present day winery is quite picturesque and most of their grapes are grown on site. They produce a variety of wines and the ones we tasted were very acceptable. The best were the Chardonnay and the Meritage. The tasting was well done and our server was very knowledgeable and helpful. 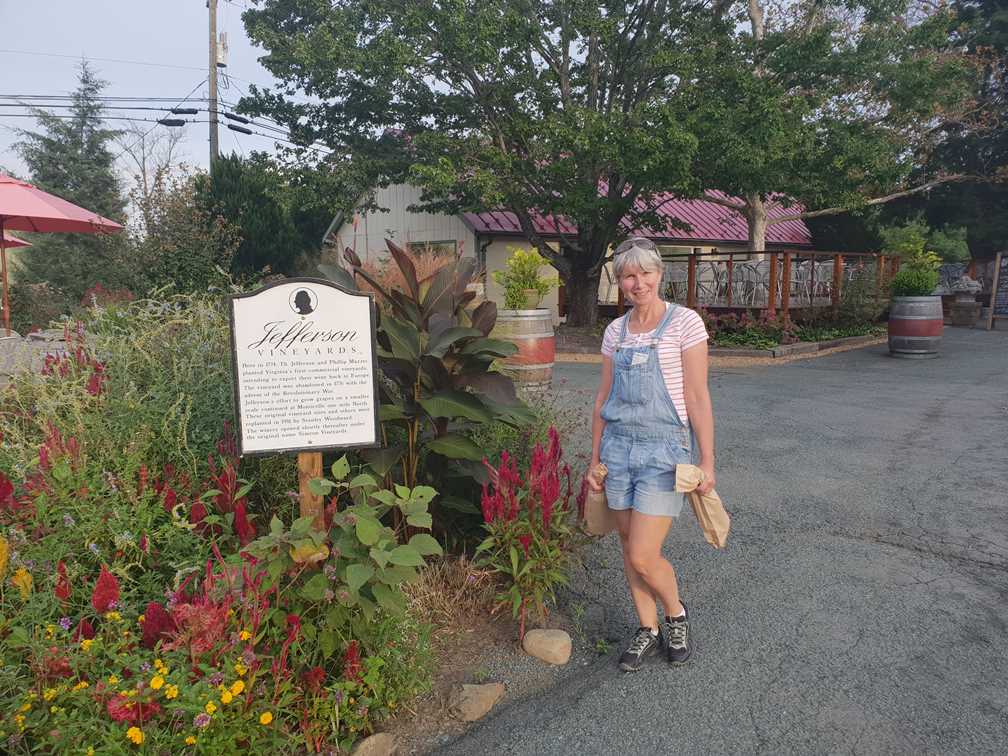 And a couple of takeaways for later!

All in all, our visit to Monticello proved to be an interesting and illuminating afternoon. We learned a great deal about Thomas Jefferson and American history, as well as finishing off with a very civilised wine tasting! 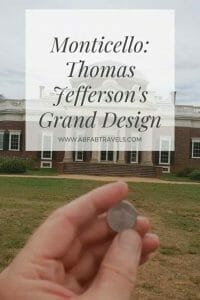 Washington DC: Where to go and what to see 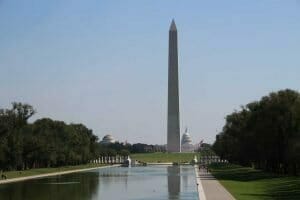 Washington DC is not only an incredibly beautiful city, it is teeming with iconic landmarks and history.