It is a few weeks now since we set off to hike Ben Cruachan in the Scottish Highlands – and found ourselves in a galaxy far, far away!

It was quite a dreich day for a hike, misty and threatening rain, but Peter had wanted to climb Ben Cruachan for some time, so we packed the waterproofs along with the picnic, and off we went. I am so pleased we did. It turned out to be a very memorable hike!

Where is Ben Cruachan? 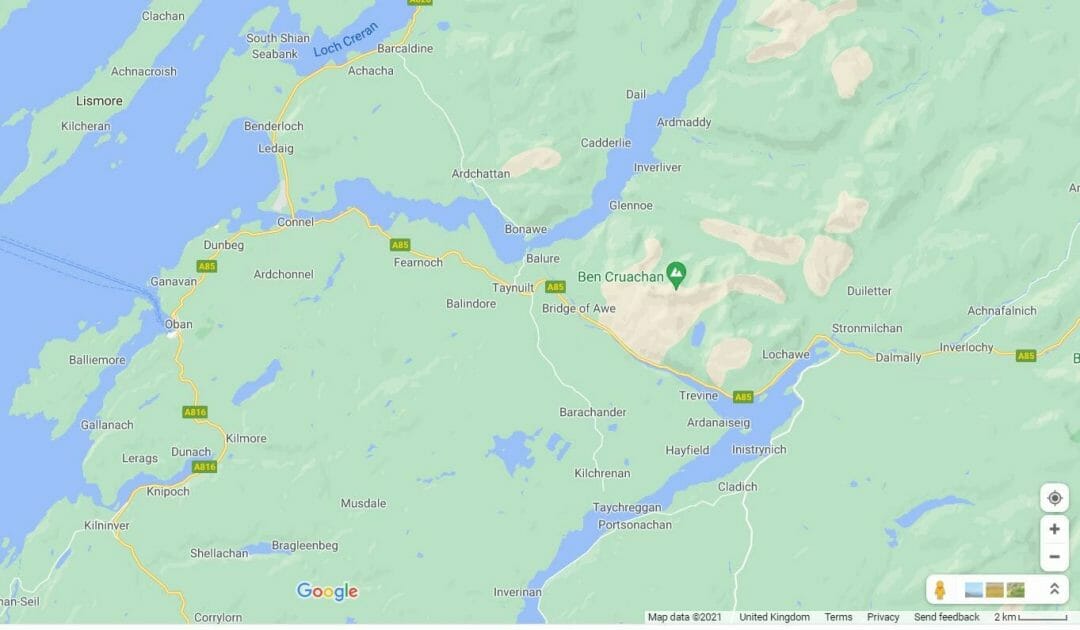 Ben Cruachan is located between Loch Awe and Loch Etive and is the highest mountain in Argyll and Bute. At well over 3,000 feet (3,694 to be exact), it is also officially a Munro. It is one mountain in a horseshoe of peaks around the Cruachan reservoir so a fairly significant hike if one intends to complete the whole horseshoe.

We had been advised that we could drive up to the Cruachan Dam and walk from there. Given the conditions, this seemed like a good option, except when we arrived, the road was closed. Mmm. We had to walk from the bottom and park on the A85. Fortunately, there was plenty of parking on the day we arrived. 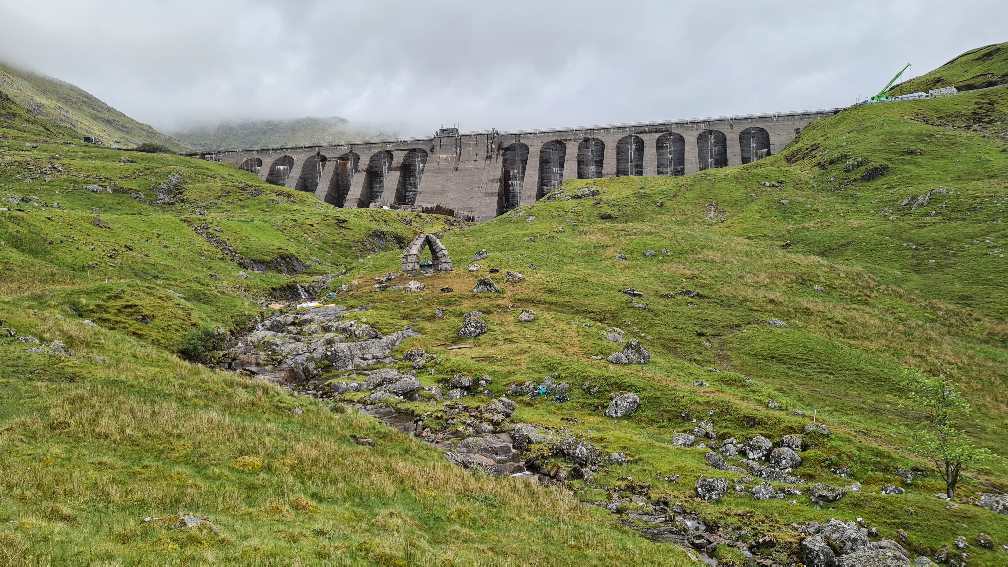 The Cruachan Dam, built in 1959, is a wonderful feat of engineering. The dam serves a hydroelectric power station which is actually situated inside Ben Cruachan! This is why Ben Cruachan is sometimes referred to as “The Hollow Mountain”. It is possible to take a tour of the power station, but covid restrictions prevented this when we visited. Having seen the dam and researched the power station, I am looking forward to returning to complete the experience.

The trail to Ben Cruachan Dam

The trail begins near the railway station (- just a platform really!). The first part of the trail up to the dam was actually quite difficult, very steep and rocky. Scrambling was needed on some sections as the path had eroded. 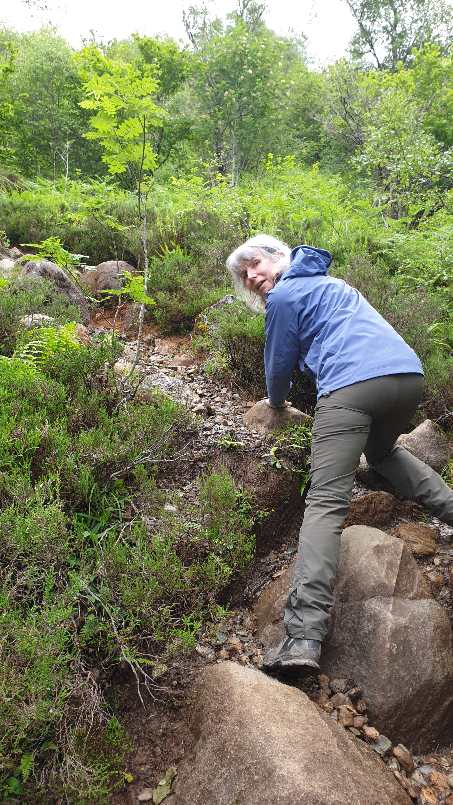 Progress was slow, but steady, and then the dam came into view. But, it was not just the dam. There was unusual activity in the area around the base of the Cruachan Dam: lots of trucks, portacabins, motorhomes, ATVs and some fairly sophisticated looking equipment. We had arrived on a film set! 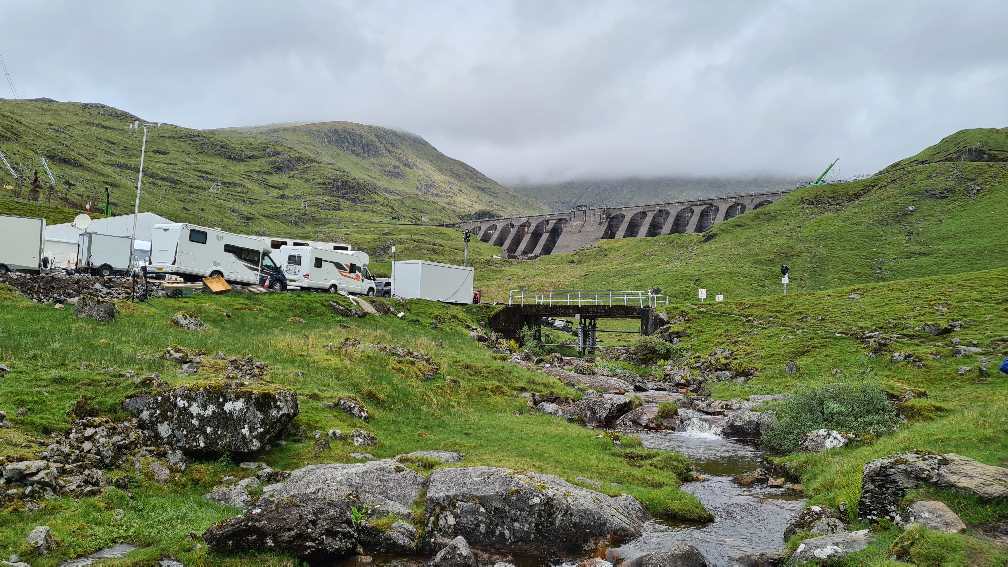 As we walked up to the dam, we almost did not notice some strange features as they seemed to be part of the landscape. First there was this structure. No idea what it is! We’ll have to wait for the movie to find out. 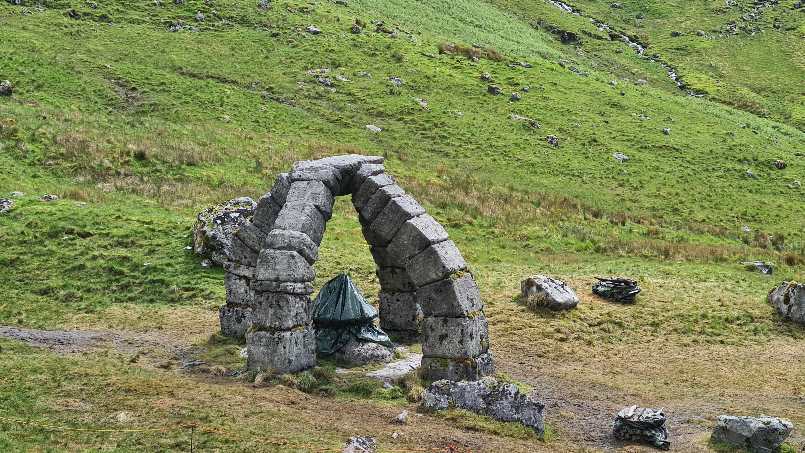 And then there were the guns embedded into the dam itself. 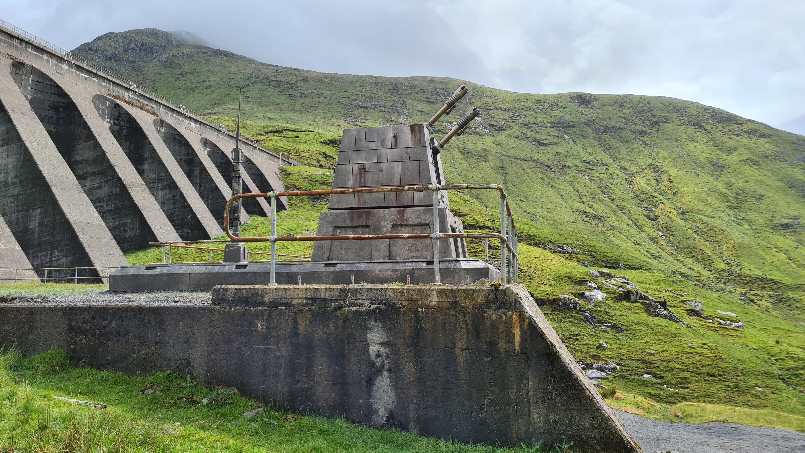 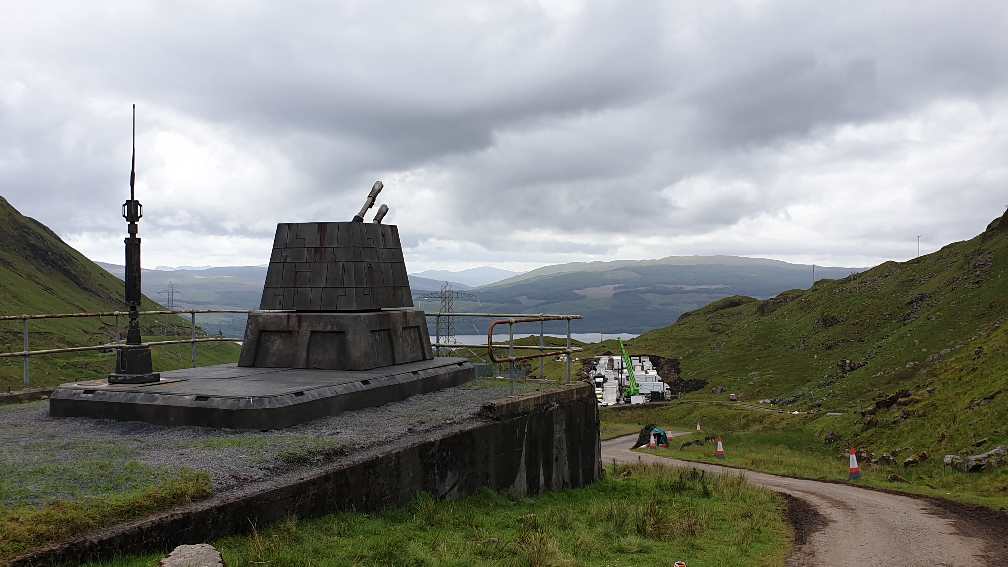 And strange doors leading who knows where! 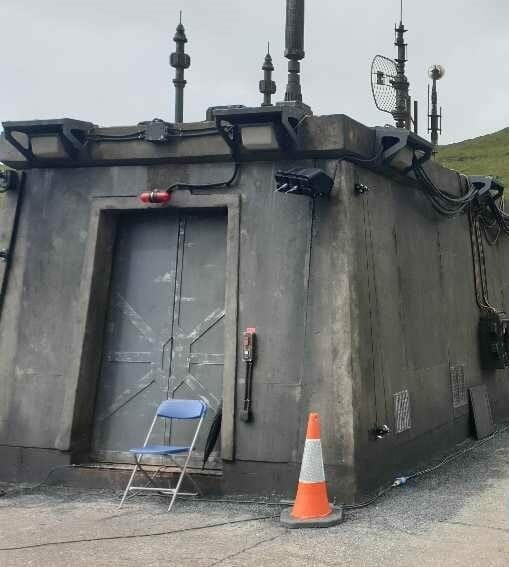 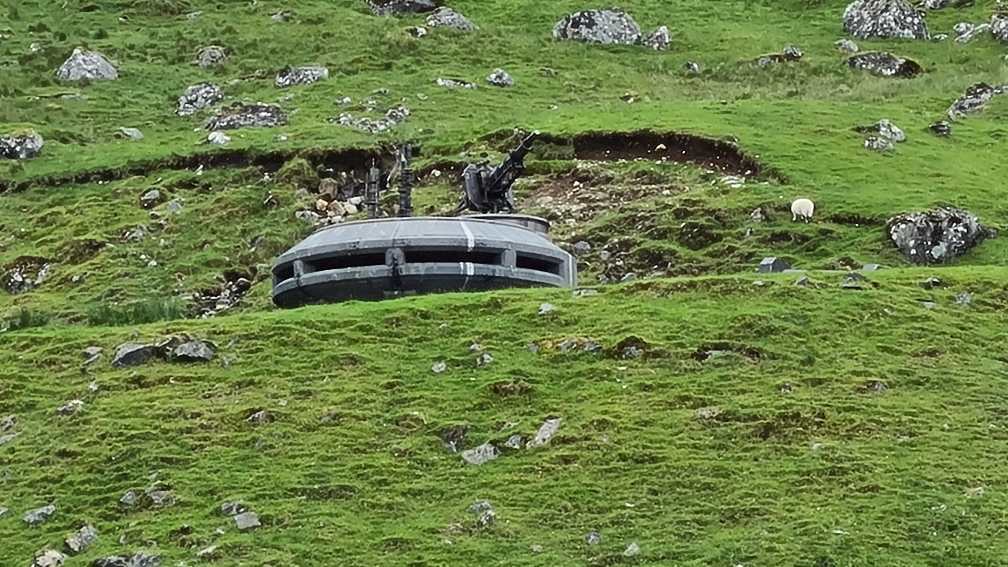 We continued our hike along the side of the Ben Cruachan reservoir and at the far end, was something which looked suspiciously like a starship structure in the making. Cool! 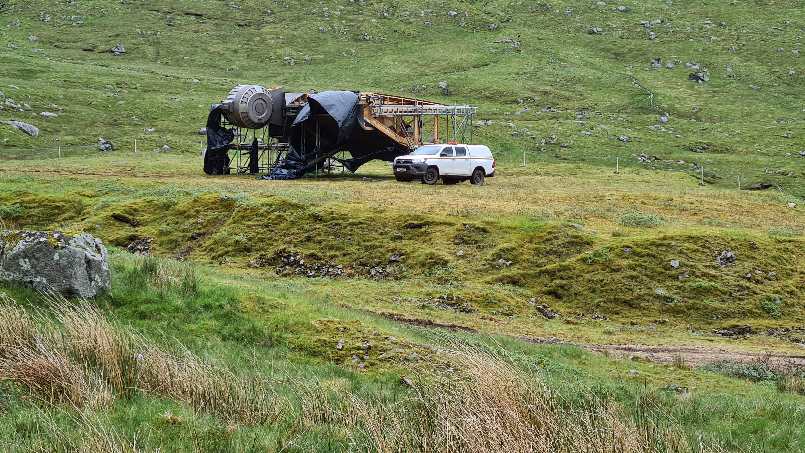 Unfortunately, we did not meet any of the Skywalker family and there were no stormtroopers on duty, but it did make for a hike with a difference.

We guessed that the movie under construction was the new Star Wars film and this has since been confirmed in the local press and Instagram, so I am not betraying any secrets here!

The rest of the hike up Ben Cruachan

After all that excitement, we continued our hike up the mountain. It was steep, rocky and hard going. Again, some scrambling was required. The trail was not clear in many places but we made steady progress. 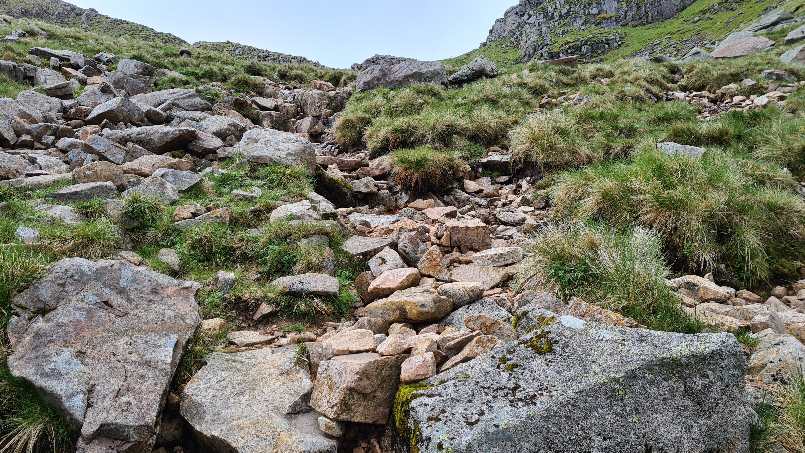 On the plus side, we had not been rained on; on the negative side, the cloud had not cleared and the top of Ben Cruachan was swathed in a thick fog. 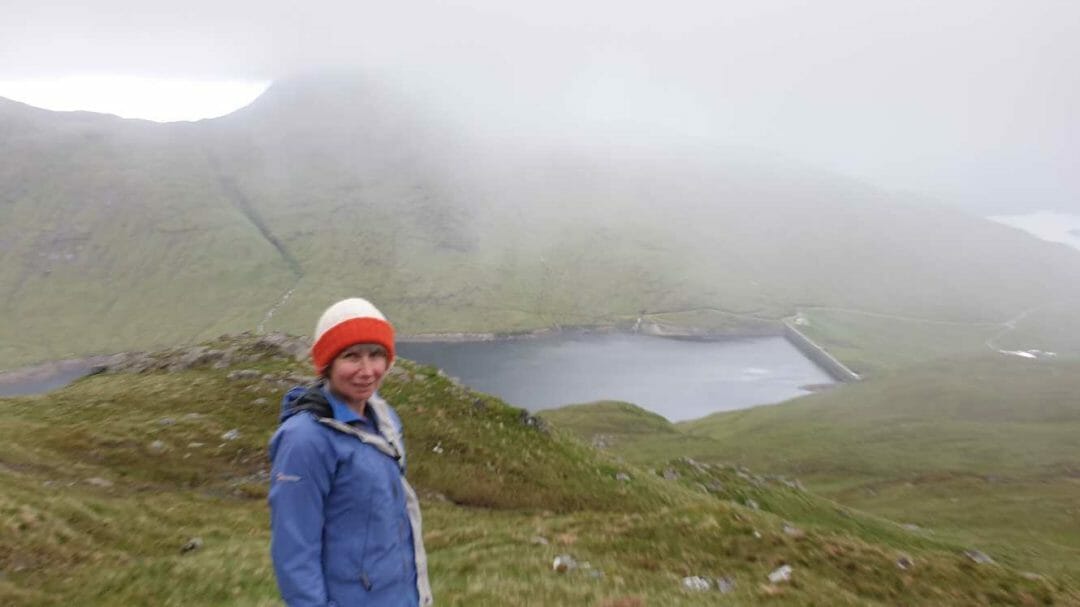 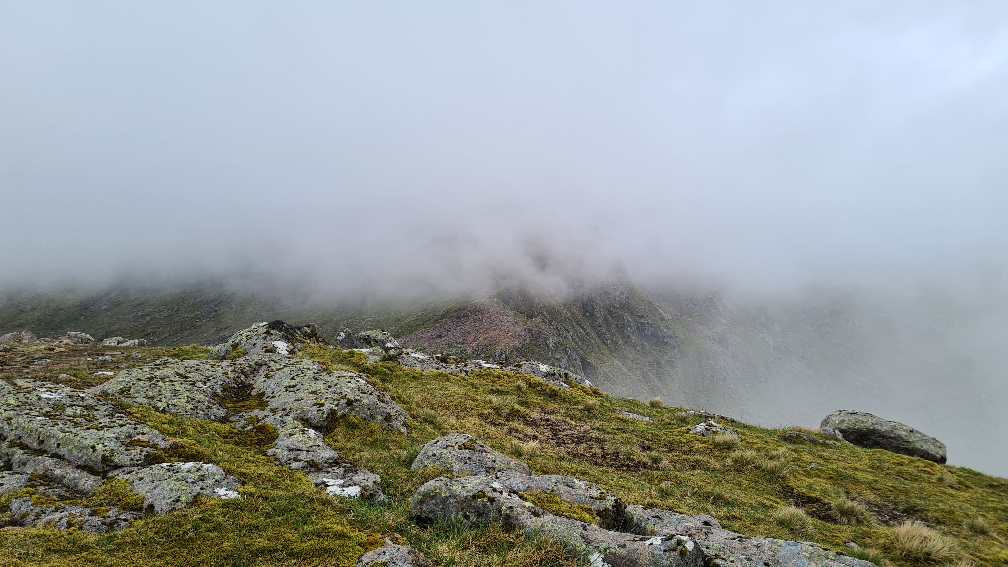 I have a sort of rule that if I am hiking up a mountain, I have to be rewarded with a view from the top, otherwise what is the point? When we reached the horseshoe ridge, therefore, we made the decision not to continue to the summit of Ben Cruachan, but to turn left along the ridge and scale Meall Cuanail instead. It was much clearer in this direction and there were wonderful views over Loch Awe. 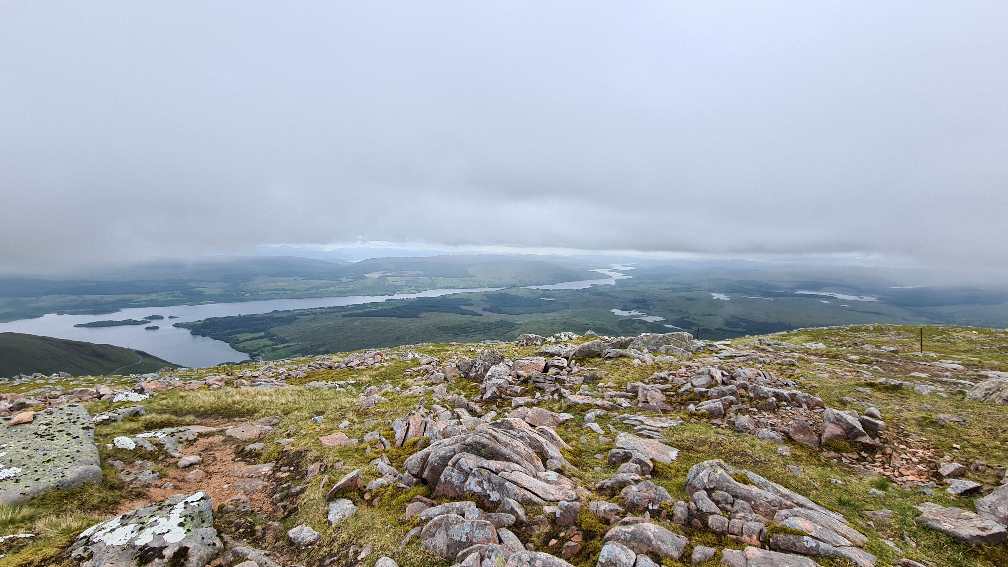 The summit of Ben Cruachan is for another day, but I know we will return.

The climb to the top of Meall Cuanail was relatively straightforward from the ridge, though the weather always threatened to close in. 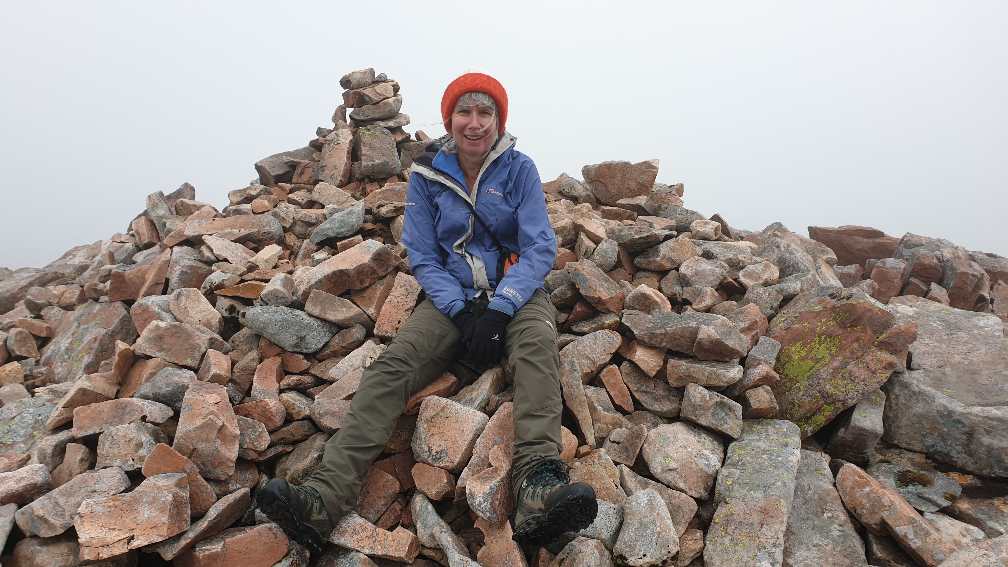 The trail down the mountain was very steep, but much less rocky than the trail by which we had ascended. Nevertheless, I wished I had brought my poles and when we tackle Ben Cruachan again (the summit awaits!) I shall make sure I have them with me. Even though we did not complete the hike we had intended to do, it had been fairly strenuous day and we were both knackered by the time we reached the bottom. A lift home in a starship would have been nice, but sadly it was not to be!

If you enjoyed this post, please Pin it for later! 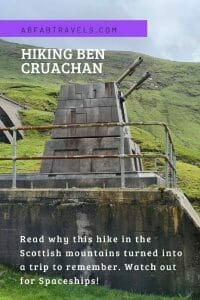 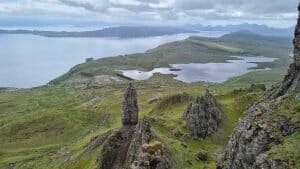 What to see on the Isle of Skye 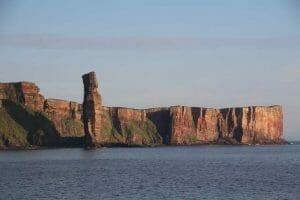